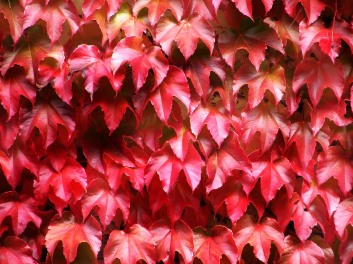 Thin, spine-like fingers on the window gave a tentative touch. It was a creeping caress, producing a gentle scraping barely audible above the sighing of the wind. Sullivan dreamed he was lost in a forest and that the cold, humid air was flying down his throat like a series of moss-faced devils on broomsticks. Finally they arrived at his lungs, which they poked with their knotted wooden pitchforks. He awoke with a gasp, grabbing his inhaler and gasping in the chemical breath which would soothe him. He relaxed, and fumbled for the light switch, his eyes blurred from sleep, reaching out for a glass on his nightstand. He drank the cold water in long gulps. The light illuminated the room partially, leaving triangular shadows and untouched blobs of darkness lurking in the corners and folds. Sullivan was twenty-eight years old, so he wasn’t afraid of the dark anymore. He reminded himself of this as he settled back down into his bed. He reached an arm out of the duvet to turn off the light, leaving a pale glow from the window to shine across across his bed covers. This sickly glare provided by streetlights was mostly obscured by the sweeping branches of an old lime tree. The wind blew continually, and the tree shivered. Sullivan dreamed again of the forest.

On returning home from work that day, Sullivan hadn’t noticed there had been one more tree on the avenue. No one on the street had noticed. It looked entirely authentic, as if it had sprouted up through the pavement, cracking the stone over a series of decades – more even – so that no one thought to question when it had appeared. It was as if it had always been there. They pushed their prams past it, and detoured around it, and complained about how people should take more care to trim their hedges, and how the council should make more of an effort to improve the roads and pavements and other things that adults talk about. No one had bothered about the tree at all, or noticed that it was not like the other lime trees. Its bark was much darker, though studded with moss. No one had seen the sickly ruby sap oozing from cracks in the wood, though they admired the rich, red leaves.

Sullivan tossed and turned in his bed that night and dreamed he was walking along a corridor of trees with bent branches, hunched over him to make a suffocating canopy which shut out the light. His feet kept catching on rocks and stones, on piles of rotting leaves and branches, on cracks and crevices. That sound came to him; of an imploring hand at the window, the sound of a rough palm being dragged ever so softly down the glass; of a pawing desire. But there were no windows in the forest, he remembered. He continued walking. The wind was picking up, but there isn’t any wind here, he thought. Sullivan trudged on though he had no idea where he was going, only the vague feeling that he was late to meet someone, and that time was marching on. Soon he would be very late. Panic was beginning to set in. He increased his steps. Outside Sullivan’s window there was a rustling, a creak of bark and a snapping of twigs. Something edged closer to the window, brushing the branches of the old lime tree aside, which gave way with a shuddering of leaves. Sinewy ivy tentacles felt the edges of the glass, probing miniscule crevices, grabbing footholds.

Someone was at the window, Sullivan knew, but he couldn’t get up to open it because he was still in the forest. He began to run, but the scene ahead of him was all shadows, and showed no sign of any new horizon. It was always light enough to see his path, but no more. Sullivan stopped running the instant he heard the sound of his window being prized open, the wood screeching as the pane of glass was pushed roughly upwards. All around him the forest closed in and drowned him in its noises. All was relatively quiet, but the faint sounds of the forest were so many that it was like being scratched with a thousand small needles all over. Hands had reached out for his bed. Long hands, long fingers, green flecked, spine-like. They pulled back the covers and crept over his body. Sullivan was still dreaming. The forest had tripped him, he was lying on the ground as tree roots snuck over his limbs and entwined themselves around him. Sullivan felt a new lethargy descend that wasn’t tiredness, but was dream-like. Dreaming within his dreams Sullivan became part of their roots.

In Sullivan’s bed, newly formed branches rested. The long green hand retracted, pulling its new limb with it, out of the window like a retreating snake. The dark-barked tree held the new limb high up as if to observe it, and then sent the branches down towards the ground. There the tree-limb lay, and upon contact with grass and soil, part of it seemed to wither away, leaving only a sapling. The new tree threw out roots like tentacles, rippling. It shook, and grew and became tall. It raised its branches to the moon and sprouted fresh leaves. These leaves began instantly to fade into the deep, rich red of autumn, and its new bark cracked, and became dark, as the ruby sap oozed.

The sapling, now grown, departed. Darkness obscured its path. The Tree Father retreated from its place opposite Sullivan’s window. It began to creep up the sleeping street past the neat rows of houses facing one another amicably, their inhabitants asleep, and dreaming of forests.